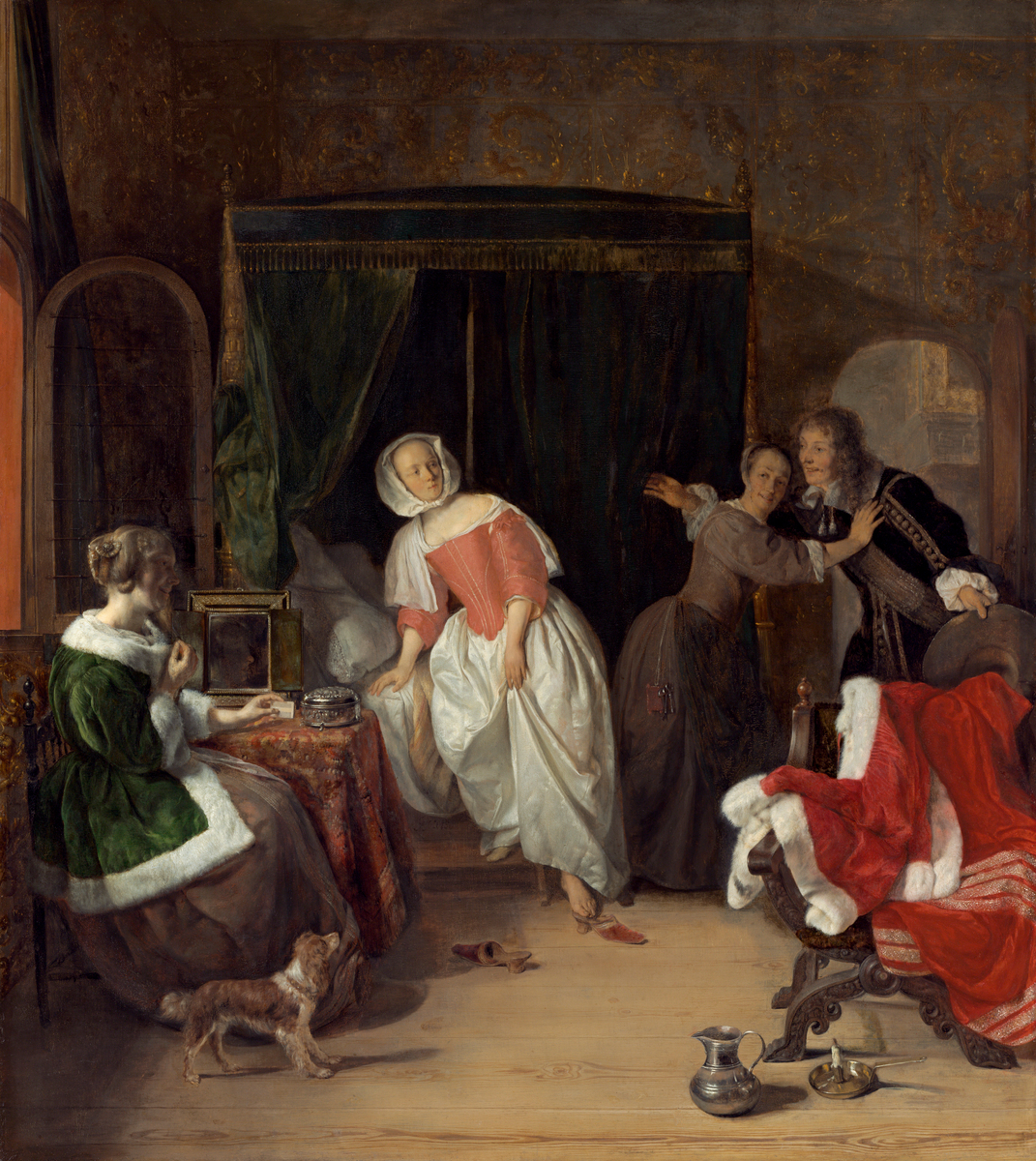 [4] The catalogue of the Verstolk van Soelen collection, annotated with the purchasers of each work, was prepared by Albertus Brondgeest and is dated 29 June 1846. The Metsu painting is number 30 and the purchaser was Baring. See William Henry James Weale and Jean Paul Richter, A Descriptive Catalogue of the Collection of Pictures Belonging to the Earl of Northbrook, London, 1889: 199, 202–203.