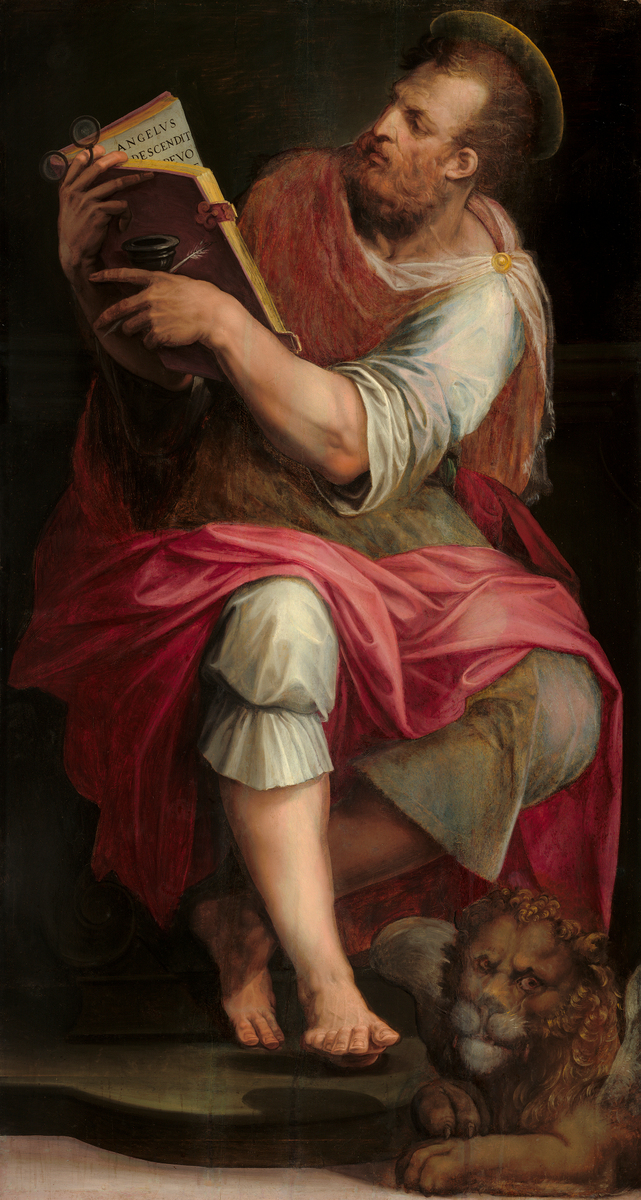 [1] Provenance according to the 1996 sale catalogue.

[2] Charles Grignion II, a British artist who lived and worked in Italy, acquired numerous paintings from prominent Italian aristocratic families in financial need. He apparently sent them to Thomas, his older brother and a watchmaker and clockmaker, for resale in England. See the description for Sale Catalog Br-487 in The Getty Provenance Index Database; copy in NGA curatorial files.

[3] The paintings were numbers 2267 (Saint Mark) and 2268 (Saint Luke) in Brunner's stock; Brunner labels remain on the reverse of both panels.

Gower, Lord Ronald, ed. An Illustrated Descriptive and Historic Account of the Collection of the Earl of Northbrook. London: Sampson Low, Marston, Searle and Rivington, 1885.