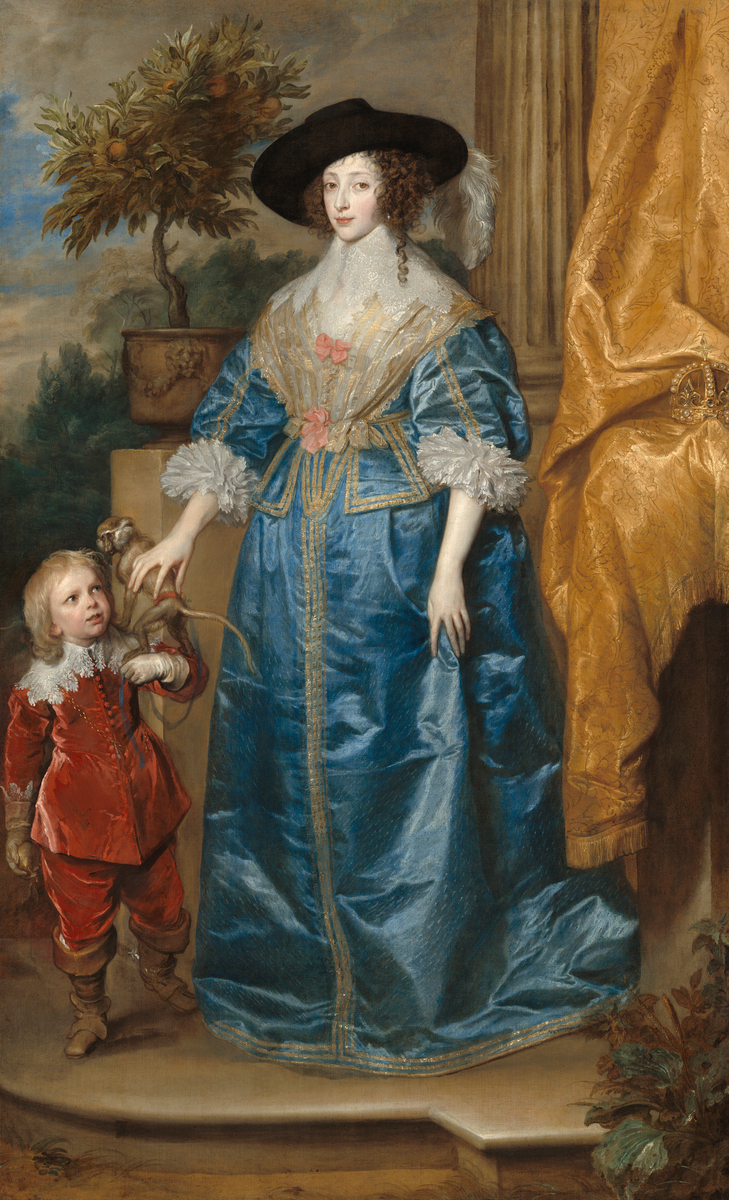 [1] The early provenance for the painting as published in the Gallery's 2005 systematic catalogue, Flemish Paintings of the Seventeenth Century, by Arthur K. Wheelock, Jr., incorrectly traced the ownership from Richard Newport, 2nd earl of Bradford (1644–1723) through his heirs. The revised early provenance given here relies on the work of Sally Goodsir, who researched the history of the paintings collection at Weston Park, the former country home of the Earls of Bradford, and who kindly shared her research with the Gallery. The inventories cited below are in the collection of the Weston Park Foundation, near Shifnal, in Shropshire, England. (See Ms. Goodsir's 2009 e-mails of June 29, July 7, and July 29, and the e-mail from Gareth J.L. Williams, Curator and Head of Learning to the Weston Park Foundation, 21 July 2010, all in NGA curatorial files.)

[2] An inventory of paintings belonging to Lady Torrington at her house in Twickenham and dated 9 November 1719, lists "In the Hall...Whole lengths...King Charles the first's Queen, by Vandyke." Thomas Newport had inherited Newport House in Twickenham in 1708 on the death of his father, Francis Newport, 1st earl of Bradford (1619–1708). After Lady Torrington's death, the house was sold out of the family.

Another 1719 inventory, of paintings at her London house, lists "In the Drawing Room...K: Cha: 1sts Queen by Vandyke."

[3] A 1735 inventory of the pictures sent by the Countess of Bradford from London to Weston Park, after Lady Torrington's death, lists "Case No. 7, painting number 79 King Charles 1sts Queen, by Vandyke." The painting then disappears from all subsequent inventories.

[4] The Countess of Mountrath's will is in The National Archives, Kew, London (PROB 11/923). She did not leave any paintings to her son, Henry, 7th earl of Mountrath.

[5] By terms of the Countess of Mountrath's will, the contents of her house in Grosvenor Square, London, were left first to Caroline, Lady Milton, and after Caroline's death were to be divided among Caroline's children. The contents of the house were not to be inherited by any husband of Caroline, and therefore not by Joseph Damer, who died after his wife, in 1798. Instead, Caroline's son, George Damer, became the next owner of the painting.

[6] The provenance of the painting from its presence at Milton Abbey to Duveen Brothers is according to Arthur K. Wheelock, Jr., Susan J. Barnes, et al., Anthony van Dyck, exh. cat., National Gallery of Art, Washington, D.C., 1990: 262, no. 67, which in turn is based on Northbrook Gallery. An Illustrated Descriptive and Historic Account of the Collection of the Earl of Northbrook, G.C.S.I., Lord Ronald Gower, ed., London, 1885: 29, and J. Weale and J.P. Richter, A Descriptive Catalogue of the Collection of Pictures Belonging to the Earl of Northbrook, London, 1889: 92.

[8] The sale was stopped by Hearst after some months and lots not sold were returned to his possession. The painting was presumably bought in, as the painting was consigned to Knoedler's by Hearst's estate in 1952. However, according to John Walker, Self-Portrait with Donors: Confessions of an Art Collector, Boston and Toronto, 1974: 222, it was sold for $124,998.