Landscape with a Natural Arch 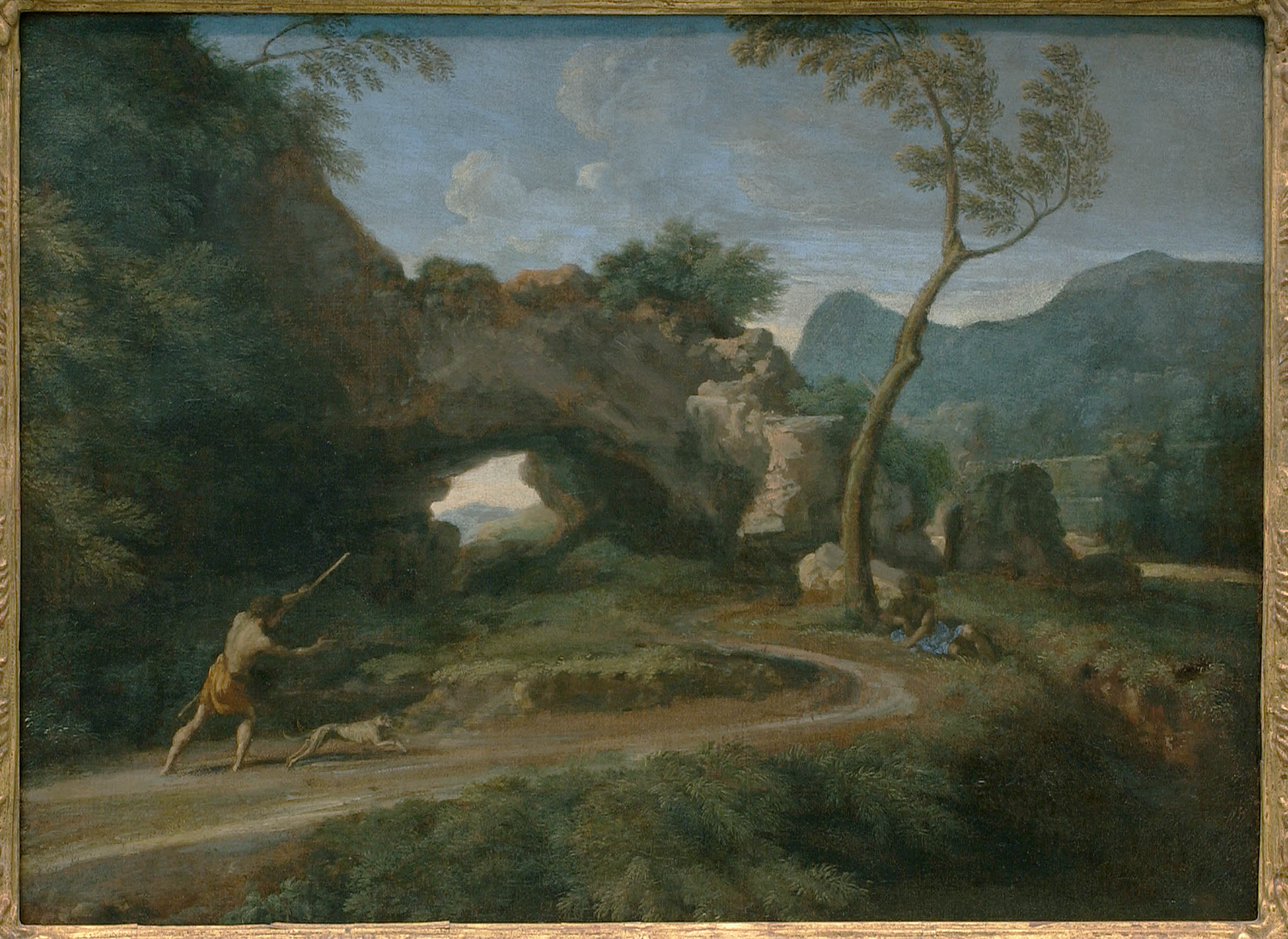 [1]. William Harris sale.
[2]. Purchase price of £35, 14s.
[3]. Purchase price of £39, 18s.
[4]. The sale of Colonel Hugh Duncan Baillie. This work did not sell, according to Marie-Nicole Boisclair's "Gaspard Dughet, Sa vie et son oeuvre", Paris, 1987, no. 349, p. 277; also, The Getty Provenance Index shows that the work was bought in for 39Gs; the 1889 catalogue of the Earl of Northbrook collection lists a price in pounds, £40, 19s., for this sale.
[5]. See 1889 catalogue of the Earl of Northbrook collection, no. 254, as "The Arch". It is listed as being on panel but when lent by Mr. Baring to the 1872 Royal Academy Winter exhibition as "Landscape and Figures," no. 102, it is listed as on canvas.
[6]. Countess of Northbrook sale entitled "Pictures by Old Masters;" this work was listed as "A Landscape, with classical figures".
[7]. Purchase price of £12 12s, according to annotated sales catalogue at the Frick Library, but apparently bought in, according to annotated sales catalogue at the Getty Research Institute (see curatorial file.)
[8]. Sold under the heading of "Property of a Lady" as "A Landscape, with classical figures." Countess of Northbrook was the likely seller (see curatorial file.)
[9]. Purchase price of £27, 6s.
[10]. Negative 32926 FARL was made from Bachrach photograph Mr. Noble lent to the Frick Art Reference Library in November 1939. In 1944, the painting hung along the stairway of the Noble residence at 1245 Shady Avenue, Pittsburgh, PA.
[11]. The painting was transferred from the Noble residence to the museum with the rest of Mr. Noble's collection. Correspondence with the estate trustee (see donor file) and Museum Committee meeting minutes indicate that it was subsequently acquired from the estate at the appraised value with funds provided by Mr. Noble's bequest. It was accessioned in September 1966.