Hero, Ursula, and Beatrice in Leonato's Garden (act 3, scene 1 from Much Ado About Nothing) 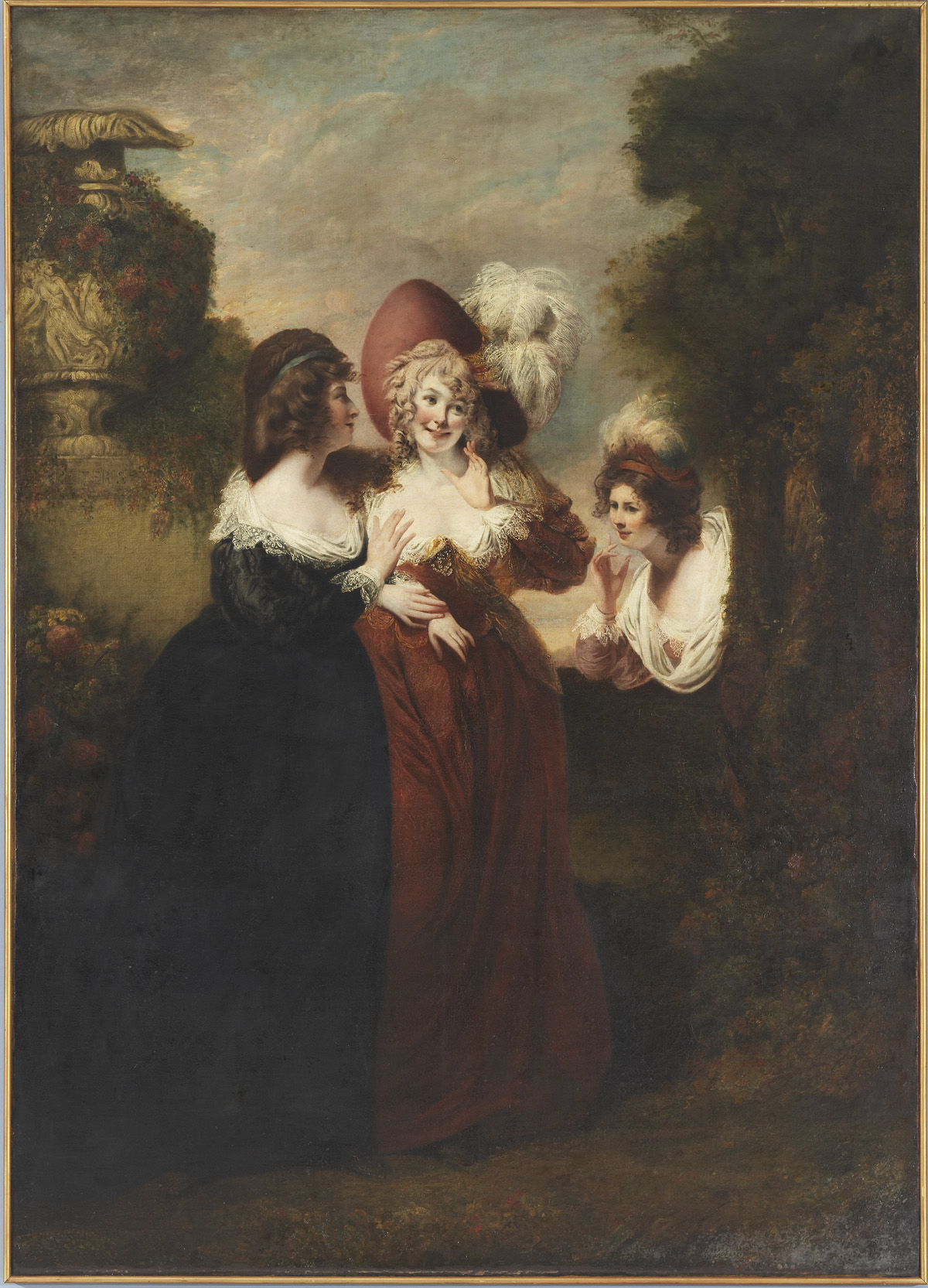 Notes:
[1]. See copy of sale information from the Getty Provenance Index in curatorial file. Sold for £57 15s.
[2]. See "Matthew William Peters, R.A., His Life and Work" by Lady Victoria Manners, London, 1913.
[3]. He lent the painting to the 1817 exhibition at the British Institution in London.
[4]. The painting, lot no. 495, was illustrated in the Stratton Park sale catalogue; the sale was held on location on November 27-29, 1929. The painting sold for 540 guineas (£567, the highest price obtained at the sale.) See curatorial file for annotated copy of the auction catalogue and press clippings reporting on the sale.
[5]. The back of the stretcher contains a sticker from an unknown sale, lot 28. This might be the sale from which Nicholson acquired the painting or a previous attempt by him to sell it before the May 1933 sale in New York.
[6]. Sale 4045, which included "Valuable Paintings, The Property of Arthur Nicolson, Esq."
[7]. According to annotated sale catalogue at the Frick Library, the painting sold to Mrs. A. C. Speyer for $400.
[8]. The painting was on loan deposit at Carnegie Museum of Art, Pittsburgh, PA, from ca. 1965. It was accessioned in February 2003.

Gower, Lord Ronald, ed. An Illustrated Descriptive and Historic Account of the Collection of the Earl of Northbrook. London: Sampson Low, Marston, Searle and Rivington, 1885. 42.