A young lady playing a clavichord 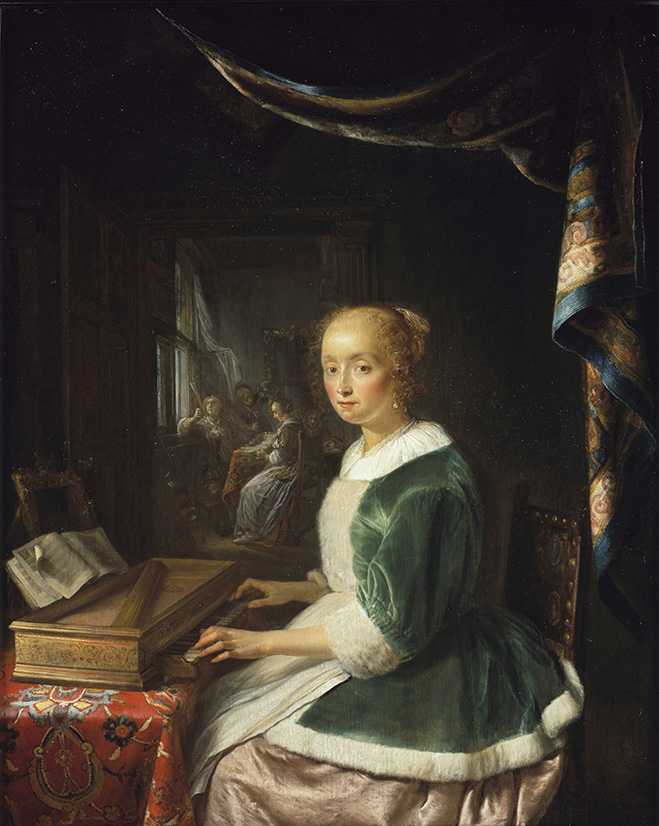