Three Stories About the Painting Portrait of a Young Man

… is one of seven paintings the Carnegie Museum of Art acquired that were once part of the important Northbrook Collection. The following stories trace part of this painting’s journey from artist’s studio to the walls of CMOA.

By the early 16th century, portraiture had become a widely-practiced art form in Florence—where this portrait was painted—and in other parts of Europe. In the quest for social status and worldly immortality, members of the aristocracy and other elite members of society turned increasingly to commissioning portraits of themselves and their families.

That desire for legacy is ironic in the case of the painting, Portrait of a Young Man, since the identities of both the young man and the artist are lost to history. Because the portrait was once in the Medici collection in Florence, the young man has been reported to be a member of that family. But his identity remains unknown. And, based on style and composition, the portrait could be the work of any one of several well-known Florentine artists of this period. Attribution to Domenico Puligo originated with noted American art historian Bernard Berenson.

Scholarly opinions about the age and place of creation of this fine portrait—Renaissance Florence—have not changed in its more than 200-year documented history. However, as with many Old Master paintings, the portrait is unsigned and experts have differed in their opinions about who painted it.

French art dealer Le Brun, who purchased Portrait of a Young Man in Florence around 1807, considered it a work of Raphael. It is with attribution to that Renaissance master that it entered the collection of Sir Thomas Baring a few years later. In the next 150 years, based on stylistic considerations, various art historians considered the portrait to be the work of one of the following Florentine Renaissance artists, in successive order: Pontormo, Andrea del Sarto, and Franciabigio, before assigning it its presently-accepted attribution to Domenico Puligo.

A Moment in History: Pittsburgh, 1964

Portrait of a Young Man belonged to Mr. Howard Noble of Pittsburgh by 1939. In 1944, it was removed from the parlor of his residence for its first public appearance in Pittsburgh at an exhibition of the Noble collection at CMOA. Mr. Noble and his wife quietly gathered a distinguished collection of 27 old master paintings during their lifetime, which was bequeathed to CMOA in 1964. But, perhaps even more important, was Mr. Noble’s additional bequest to the museum of part of his residuary estate; when distributed in 1965, it amounted to more than $800,000, a substantial sum, especially then, for new acquisitions of old master paintings. It allowed the museum to buy ten works, among them several highlights in this area of the collection. 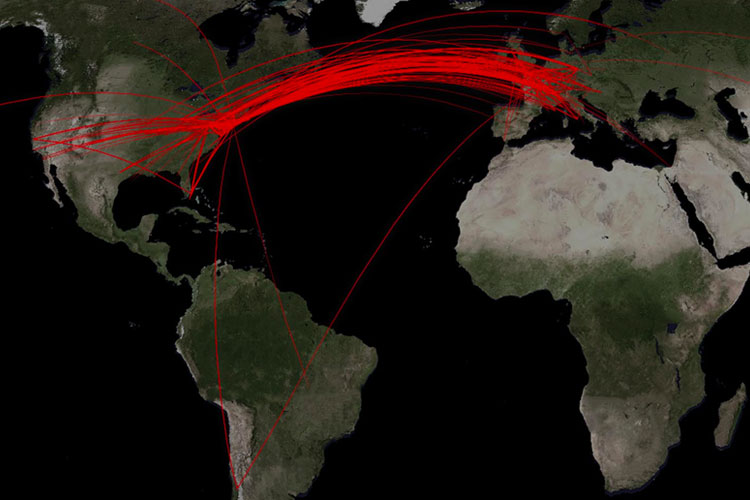